The Mustang Band has a great tradition of excellence in performance and competition.  The band has performed for then-Governor George W. Bush as well as Cy-Young Award winner Roger Clemens of the New York Yankees and Houston Astros.  The band has performed the National Anthem at Minute Maid Park for a recent Houston Astros game and competed in the National Invitational Band & Orchestra Festival in Carnegie Hall in New York City.  The band also consistently receives Superior ratings at Marching and Concert and Sight-Reading contests.
​
The Mustang Band consists of about 140 student musicians involved in Marching, three Concert Bands, Winter/Color Guard, and Jazz Ensemble.  Band members are also involved in the Pit Orchestra for the All-School Musical and the MHS Symphony Orchestra.  The band competes in UIL and TMEA auditions and competitions throughout the year.  The band has recent success in the Texas Color Guard Circuit, Bands of America, and UIL Marching and Concert and Sight Reading Contests. 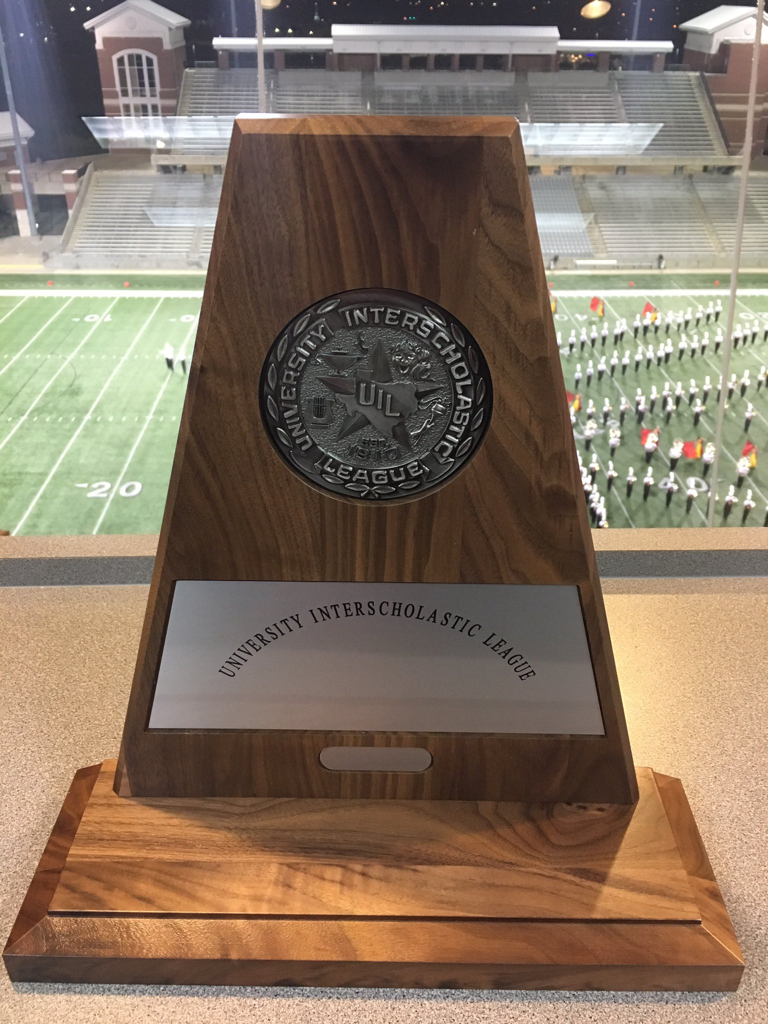 Straight ones at UIL Marching Contest! Now on to Area next week! https://t.co/uxVIy8A5qv

Through all the years
Our dreams will never die.
Proudly we sing
of thee, Memorial High.

Our victories we will cherish
and our honors are untold.
Dear old Varsity, our love for thee
is great and mighty to behold.

Loyal and brave,
thy honor save,
​stalwart defenders of the red and white
to thee our hearts belong, Memorial High.